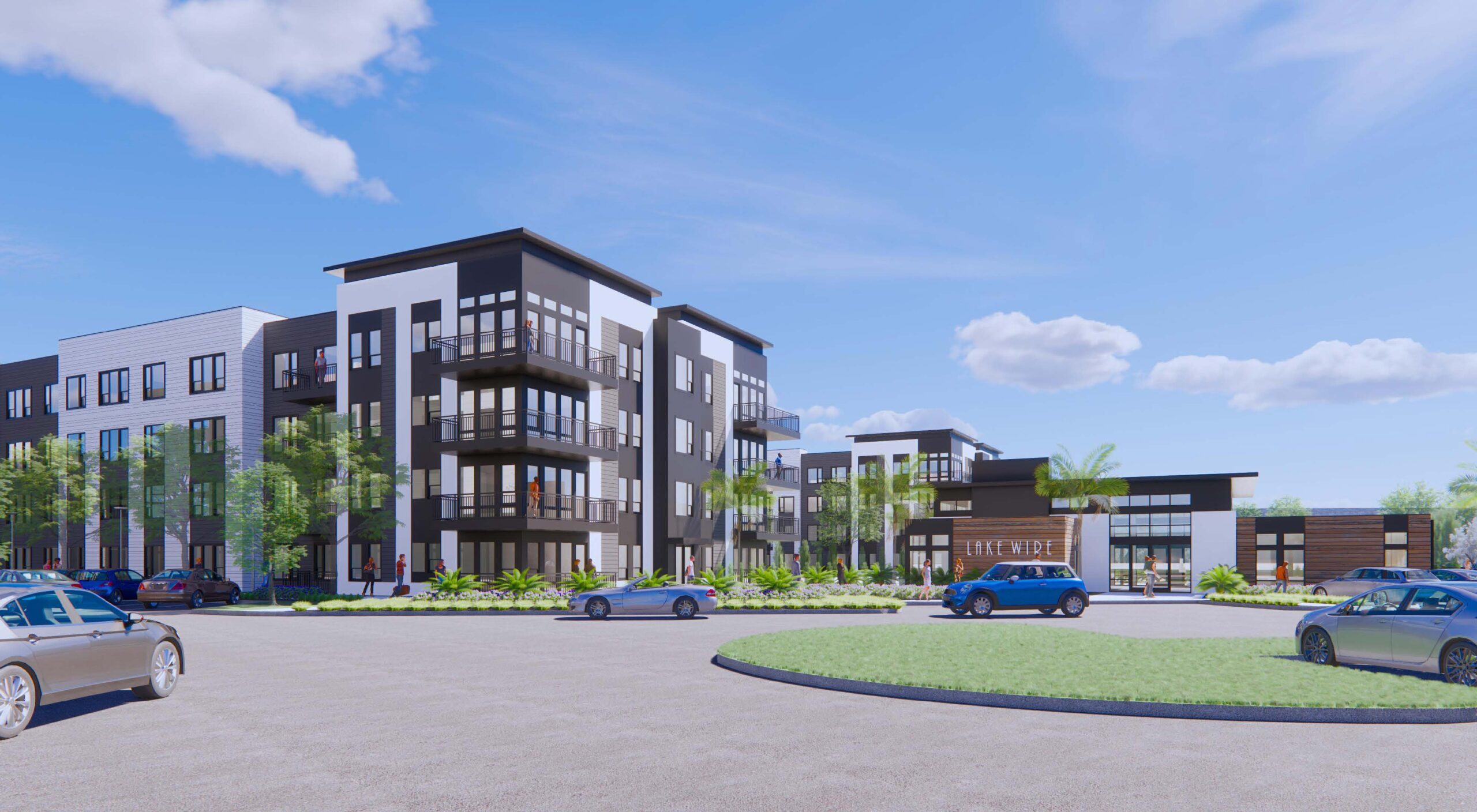 LAKELAND — Atlanta-based developer Carter USA is set to close on a nearly $10 million deal to purchase the former Florida Tile site for redevelopment in August.

The roughly 21-acre site fronting Lake Wire has been vacant since 2004 when it was abandoned by Florida Tile. The company moved its headquarters to Kentucky. It left behind a void on the western edge of Lakeland’s downtown area.

While many developers have considered the site for mixed-use residential and commercial over the years, none have moved forward given the site’s formidable challenges.

Carter will purchase the site from Lake Wire Development LLC, which is registered to Lakeland Realtor David Bunch and Bill Tinsley, former city parks director, two founders of Bonnet Springs Park. The proceeds will be given to the Carol Jenkins Barnett Endowment Fund set up to pay for the park’s future maintenance costs.

“I’m excited to see someone take the initiative to make an attractive development on these parcels,” Brandon Eady, chair of the CRA’s Advisory Board, said.

Carter has summited plans to construct a mixed-use development in two parts. Phase One would consist of redeveloping the northern tip sweeping to the southwest, including a piece of land currently owned by the city.

A 2018 contract allows Lake Wire Development to buy the roughly 4.7 acres south of the George Jenkins Boulevard and Kathleen Road intersection for $450,000. The company will ask city commissioners to consider waiving the sale price at their July 18 meeting, according to Brian Rewis, the city’s director of economic development.

Carter plans to combine this with the Florida Tile site in Phase one to build on a total of 13.5 acres. The developer believes the northern point of the property should be rebuilt first. It proposes two single-story commercial buildings at totaling 15,600 square feet looking out over Kathleen Road.

Jack Murphy, Carter’s vice president, said the idea is to have restaurants or cafes occupy the buildings’ end caps, utilizing the outdoor space for seating. Murphy suggested a smaller bakery or doughnut shop could open up in between the buildings. He hopes to see the commercial space attract a possible bike shop and unique boutiques.

Lake Wire Development will keep ownership over a 12-foot-wide concrete sidewalk that’s been poured on top a berm running through the center of the site. It’s designed to provide future pedestrian connectivity to the park from downtown.

“We also wanted to ensure we retained control of a walking route because this site must have accessibility to the city, to the community,” Bunch said.

The walking path is not currently connected to a sidewalk or pedestrian pathway either to Bonnet Springs Park or the city’s downtown area.

Lake Wire Development will keep ownership over a 12-foot-wide concrete sidewalk that’s been poured on top a berm running through the center of the site. It’s designed to provide future pedestrian connectivity to the park from downtown.

“We also wanted to ensure we retained control of a walking route because this site must have accessibility to the city, to the community,” Bunch said.

The walking path is not currently connected to a sidewalk or pedestrian pathway either to Bonnet Springs Park or the city’s downtown area.

“Some of our costs are going up, our loan is shrinking and its putting a lot of pressure on our equity investors,” he said.

The developer’s costs include some additional environmental remediation that still needs to be done to the former brownfield, including the city-owned portion, according to Murphy.

There were traces of lead, a component of glazes used to coat tiles decades ago, found on a narrow strip of the property. A small amount of arsenic leached from railroad ties into the area.

Murphy said some contaminants were still testing above acceptable levels. His company has reached a Brownfield Cleanup Agreement with the Florida Department of Environmental Protection.

Some members of the CRA Advisory Board were hesitant to approve the requested 10-year agreement. The board recently approved a 10-year TIF agreement for the city’s of the Oak Street parking lot to Onicx Investments in April.

The CRA offered Onicx a 80% tax reimbursement for five years, then 60% for the following five years. The city received a 25-year lease agreement for about 134 municipal parking spots in the ‘net-zero’ deal, in which it provided the property’s $1.8 million sale price back to the developers in incentives. It will also pay $70 per space per month, or an additional $2.8 million over time.

Advisory Board members Kate Lake, Chrissanne Long and Teresa O’Brien questioned what, if any, benefit the city would see from offering a 10-year TIF agreement to Carter.

“I think the magnitude of this project is incomparable, there’s nothing to compare it to,” Long said.

Murphy explains that the TIF would reimburse the taxes paid to the CRA’s Trust Fund by Polk County and the City of Lakeland, not all of the taxes on the property such as state’s school taxes.

Without the TIF, Murphy said Carter would have to consider going back to value engineer the project’s site, potentially making changes to the buildings.

“We make decision to value engineer the building or site or things of that nature. We would need to get cost down, that’s the immediate impact, he said.

Carter has proposed second phase of construction as a separate project to start approximately two to three years after the first part is completed, according to Murphy.

If constructed, it would add more multi-family apartment buildings toward the south of the site. The buildings would vary between four to five stories in height for a total of 330 units. Concept sketches for the apartments should then range in size from around 550- to 1,306-square-feet.

“With the combination of Bonnet Springs [Park] and this development, Lakeland hasn’t seen anything like this,” CRA Board Member Terry Coney said. “If there is some kind of potential economic impact for the city, which appears well behind what we can imagine that would – to me that would counteract the risk we are talking about now.”

Lakeland CRA offered a compromised 10-year TIF to Carter that would be 75% off for the first five years, then 50% off for five years.

The city commission is expected to vote on whether to accept the proposal at their July 18 meeting, which will be held at 9 a.m. inside City Hall located at 228 S. Massachusetts Ave.

By Sara-Megan Walsh, The Ledger