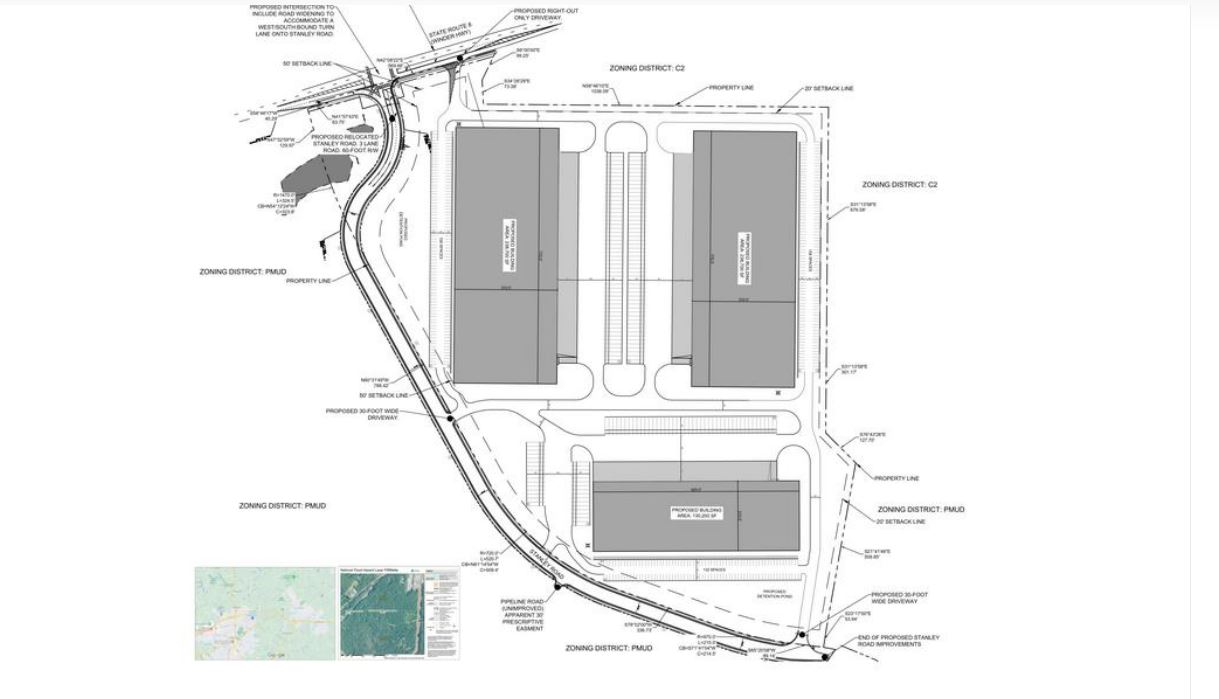 An Atlanta-based developer plans to bring 600,000 square feet of new industrial warehouse space to Gwinnett County along the Ga. 316 corridor.

Carter is proposing three warehouses at Winder Highway and Stanley Road in Dacula near the busy state route. Two of the buildings would be 238,700 square feet, while the other would be 130,200 square feet, according to a Development of Regional Impact filing.

The development, internally called Project Whiplash, would be the largest industrial project to come to the corridor in about 20 years, said Scott Amoson, director of research at real estate services firm Colliers International. If given the go-ahead by Dacula, Carter expects construction to begin on the approximately $70 million project in summer 2022 and wrap up in summer 2023.

Carter chose the property due to the growth in Gwinnett County and the road improvements made to 316 by Georgia’s Department of Transportation, said David Nelson, executive vice president at the firm. The project is under review by the state’s Department of Community Affairs and will later be heard by Dacula officials.