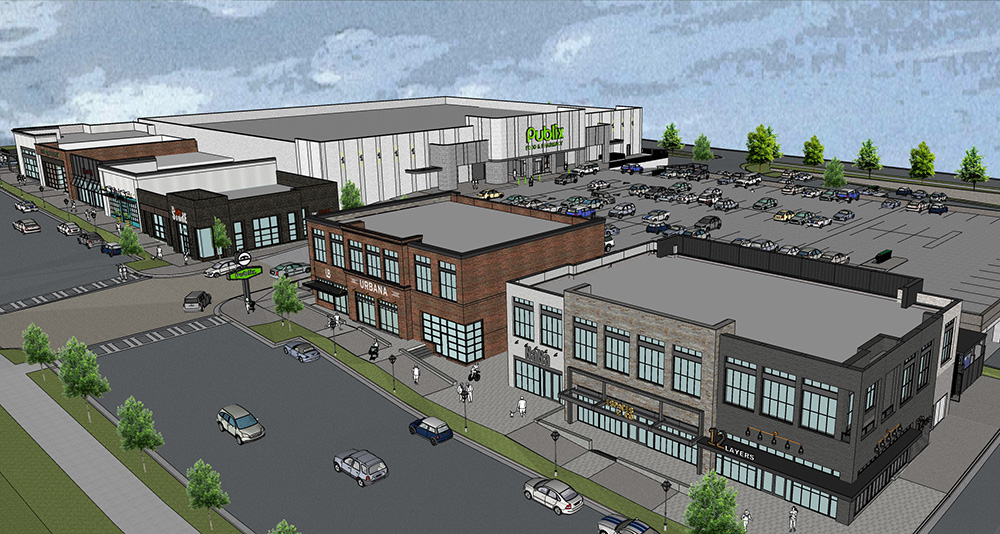 Not since the demise of Murder Kroger has a single grocery store been the source of so much buzz in Atlanta’s core neighborhoods.

At a ceremony last month attended by Mayor Keisha Lance Bottoms and other dignitaries, developer Carter made official long-whispered plans for bringing Summerhill the major grocery option that neighbors have pined for, effectively eliminating a southeast Atlanta food desert.

Carter officials have now shared updated renderings with Urbanize Atlanta showing what the key piece of Summerhill’s 19-block redevelopment will look like, and how it’s planned to function between two new streets.

As part of Summerhill’s masterplan, Carter is reconnecting the neighborhood’s original street grid to improve walkability and access to Publix, cleaving extensions of Crumley and Glenn streets into former Atlanta Braves parking lots.

Publix has signed a lease with Carter to operate a 50,000-square-foot grocery between the reconnected corridors, with two levels of parking lots tucked off Hank Aaron Drive, according to renderings.