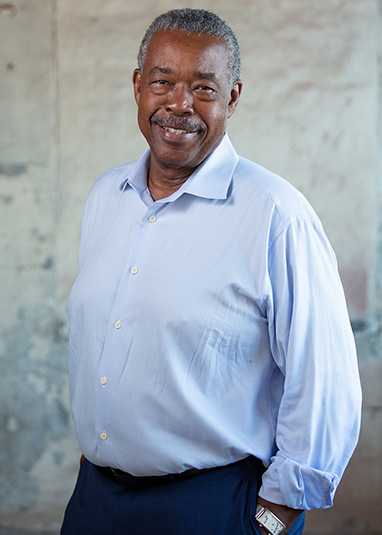 Mr. Huntley is a Senior Development Advisor at Carter, a national real estate investment, development and advisory firm headquartered in Atlanta Georgia, and President of Huntley & Associates. From 2013 to 2015, Mr. Huntley was a Vice President and Shareholder at CHA Consulting, Inc., a full service engineering firm headquartered in Albany, New York. From 1997 to 2013, Mr. Huntley was the founding Partner and President of Huntley Partners, Inc., a development advisory firm which specialized in providing market analysis and implementation plans for public/private development projects in the Southeast Region, including the nationally recognized Atlanta Beltline project.

Mr. Huntley was appointed to serve as President of the Atlanta Economic Development Corporation (AEDC/now Invest Atlanta) from 1986 to 1996 by former Atlanta Mayor Andrew Young.  Among many other successful development projects at AEDC, he initiated and managed the development of the Sam Nunn Federal Center (at the former site of Rich’s Dept. Store in downtown Atlanta). He also directed the development of Hartsfield Center, the first public/private mixed-use development at Atlanta Hartsfield Jackson International Airport. Under Mr. Huntley’s leadership, AEDC initiated a wide range of development projects including industrial, office, mixed-use, downtown and neighborhood revitalization.  These projects, valued at more than $500 million, have created or retained a conservatively estimated 12,000+ jobs.  Additionally, AEDC arranged business loans totaling $39 million.  In the area of international development and trade, he has visited, lectured and participated in development and trade projects in England, Germany, Africa, South America, Taiwan, Korea, Japan, China, Spain and the Caribbean. During the administration of former Atlanta Mayor Maynard Jackson, Mr. Huntley served as Deputy Chief Administrative Officer and Chief of Staff from 1974 to 1982.

Mr. Huntley has been a member of the Atlanta Rotary Club since 1987 and has served on a considerable number of professional, community and volunteer boards. He currently serves on the boards of the Georgia Cities Foundation and the Fox Theatre.  Mr. Huntley served as Chairman of the following boards: the Georgia Department of Community Affairs, the Georgia Housing and Finance Authority, the State Housing Trust Fund for the Homeless, the Westend Medical Center in Atlanta and Trinity University.  Additionally, he served on the Bid Preparation Committee for the 1996 Atlanta Summer Olympics.

A 1971 graduate of Trinity University in San Antonio, Texas, Mr. Huntley holds a B.A. degree in Biology.  He also earned a Master’s degree in Urban Studies from Trinity University in 1973.  In 1977, he received a Certificate of Advanced Study from the Department of Urban Studies and Planning at the Massachusetts Institute of Technology (MIT), and has completed post-graduate work at MIT and Harvard University.  In 1999, Mr. Huntley completed the Executive Leadership Seminar at the Aspen Institute.

Mr. Huntley has received numerous professional and academic distinctions, including being designated as a Brisbane Fellow at Morehouse College, a Community Fellow at MIT and a Brackenridge Fellow at Trinity University. In 1996, he was honored as the 1996 Distinguished Alumnus of the Year by Trinity University. In 2020, the Trinity Board of Trustees honored him again, electing him Trustee Emeritus and awarding him the Distinguished Service Award.  In 2017, the Board of Trustees of the Rabun Gap Nachoochee School awarded him The Emily and Ernest Woodruff Medal of Service for his service to the Board. Mr. Huntley has been recognized for his athletic achievement. He is a former member of the UPI All-Texas Football Team, an Associated Press Small College Football All-American, a draftee of the Pittsburgh Steelers, and a member of the Trinity University Athletic Hall of Fame.  He lives in Atlanta, Georgia.